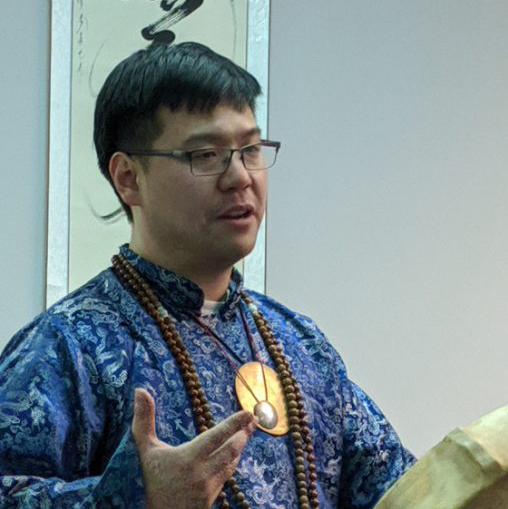 This episode was recorded in May and intended to be released in August…but we released in July instead! This is a live recording from our quarterly Patreon Community event, and we are talking with one of our listener favs, David Shi! David joins us to talking about Shamanism. The term “Shaman” and “Shamanism” is used frequently in the Witchcraft community, but without many people having an understanding of what Shamanism is, and isn’t. David gives us a powerful tutorial on the history of Shamanism, what it takes to become a Shaman, and what someone might call themselves if they’re not technically a Shaman. Plus, David’s journey in writing his first book. We also play the game, “Who Said It?”  On Patreon:  Ad-free version of this episode!

Visit Jasmine Pearl Tea Company and treat yourself to a beautiful blend. Save 10% with coupon code WITCH2022!

For gorgeous, Magickal, talisman jewelry pieces made FOR Witches, by Witches at blessedbemagick.com Use code WITCHLIFE15 and save 15%!

David Shi is a spiritual worker and folk magic practitioner of Manchurian descent. Raised in a household that incorporated both Southeast Siberian and North Chinese practices, David dedicates his spare time to the spiritual traditions of his ancestors and greater Eurasia. Recognized as a sagaasha/ongodtengertei, a future shaman prior to initiation, among both Mongolian and Korean shamans, David’s practices are deeply rooted in spirit work in which ancestral and land spirits are called to empower all workings. David is the author of “North Asian Magic: Spellcraft from Manchuria, Mongolia, and Siberia.”  He has also conducted workshops across the country at occult shops such as Catland Books, as well as at festivals such as WitchsFest NYC and the Lucky Mojo Hoodoo Heritage Festival, and was recently featured on the podcasts “This Old Witch” by Alexander Cabot & Eddie Massey, “Witch Hat Chats” by NIkki Kirby, and “Witches & Wine” by Chaweon Koo.

For bonus content and other goodies, support us on Patreon!
Buy us a coffee!
Get handmade merch!
Subscribe and/or rate and review us on ApplePodcasts!
Become an episode sponsor!
Follow us on Facebook, Instagram, and Twitter and share our latest episodes on your social media portals!
Send us a message with your burning questions to answer on the show!
Keep downloading, keep listening!
Thank you!!!