Episode 21: The Morrigan: Celtic Goddess of Magick and Might 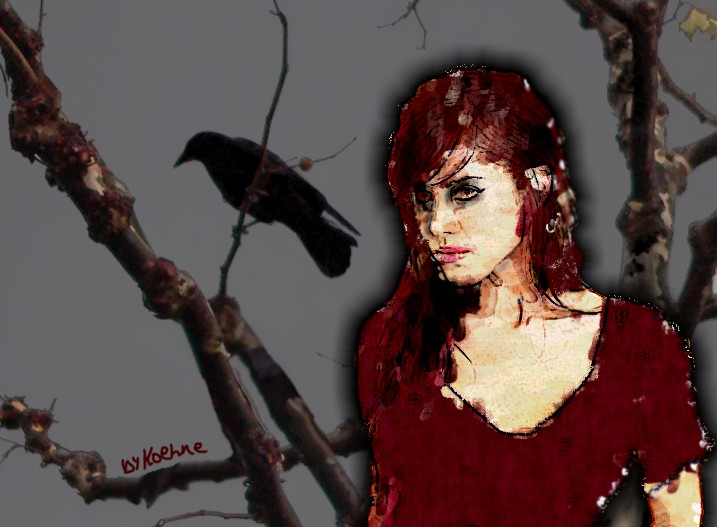 We apologize in advance for all of the throat-clearings and coughing! We’re still getting over colds. Today, Courtney takes over the podcast to talk about her new book as well as the Morrigan, a goddess who has strongly influenced much of her personal Witchcraft. Courtney shares her journey with the Morrigan, and how Witchcraft almost took her out. Modern manifestations of the Morrigan. We also discuss how one might approach and involve the Morrigan in their Witchcraft practices and the “weird joy” in grief, and answer a listener’s questions about how keep their personal Witchcraft practice going while living with a Muggle family in a small space. Special guest appearance by everyone’s favorite co-host. Kanani reviews â€œThe Crow â€ and Hilary and Courtney talk about the time they nearly ruined a beautiful ritual (“It was the pig’s fault.”). Do you have a burning question about Witchcraft? Email us at thatwitchlifepodcast@gmail.com.

It’s your old friend Courtney! Aside from causing all kinds of problems with Hilary and Kanani, Courtney is a Witch, author, Tarot adviser, and activist. She is the author of Brigid: History, Mystery, and Magick of the Celtic Goddess, Tarot for One: The Art of Reading for Yourself, and the forthcoming Hekate: Goddess of Witches. Today, she is talking all about her newly released book, The Morrigan: Celtic Goddess of Magick and Might (A portion of royalties from Brigid and The Morrigan benefit Resurrecting Monuments). Courtney produced and designed Tarot of the Boroughs, a modern tarot deck set in New York City. She has been featured in the New York Times, Maxim, Playboy, Huffington Post, Vice, and the Thom Hartmann Show. Visit her online at www.courtneyaweber.com.