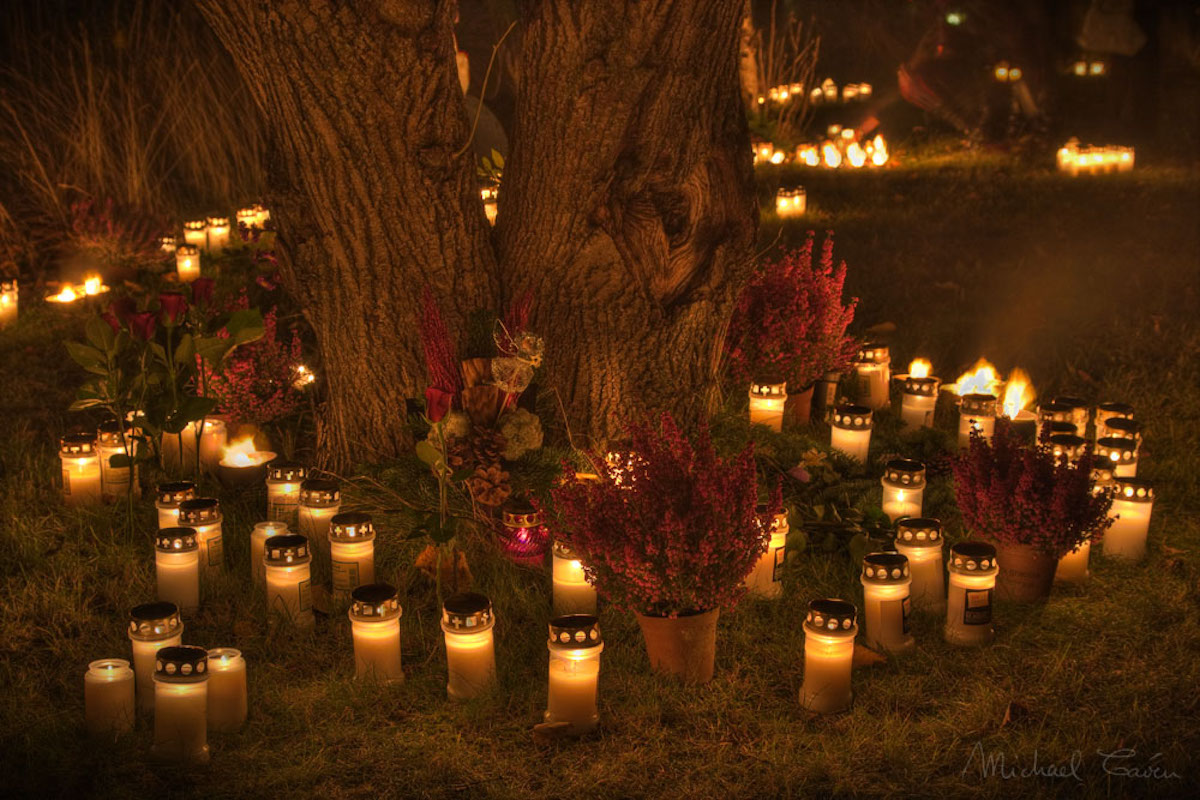 â€œThe big thing is leaving that space at the table for the Ancestors, or whoever is in your space between the worlds, and share in what you’re doing…”

It’s Halloween!!! The greatest day of the year! So, what do Witches do on this glorious day? Irish Priestess and Witch Gemma McGowan joins us to talk about the ancient festival and practices of Samhain, which feed the roots of modern Halloween all over the world. Your favorite Witches also discuss their own practices for both Samhain and Halloween. Plus, hear the story of the ghost party in Kanani’s old house, Hilary’s plans for her upcoming Witchy performance, and details on Courtney’s book tour!

Gemma McGowan has been a practicing Pagan, Priestess and Witch for 17 years.  Hailing from Kells in the Royal County, Gemma has grown up immersed in the sacred landscape of Meath, drawing inspiration and experiencing deep connection with ancient sites and monuments of that land. Gemma began her spiritual education in a progressive Witchcraft Coven called Coven na Callaighe, run by Janet Farrar and Gavin Bone back in 2003 in which she trained for 7 years to 3rd Degree High Priestess. After then spending some time as a solitary practitioner, Gemma undertook her Celtic Shamanic training with SlÃ­ an ChroÃ­, School for Celtic Shamanism with John Cantwell and Karen Ward. At Imbolg 2015 Gemma set up the Keepers of the Well, magical training group and in September 2018 started the first cycle of her Cor Bolg (Crane Bag) training.  Gemma is a dedicated Priestess of Brighid since 2009 and a dedicated Priestess of ManannÃ¡n Mac Lir, since 2013. She also has a strong personal working relationship with Fairy Queen Aoife, who she honors as being the body of the Crane Bag, as per the myth of the Crane Bag. Since 2003 Gemma has been involved in the Samhain Festival at Tlachtga, taking the reins of orchestration of the ceremonial and storytelling aspects of the festival from Janet Farrar and Gavin Bone in 2008. Gemma has also been involved in other large scale public ceremonies at Tara and at the Bealtaine Festival at Uisneach. Gemma runs a healing clinic called â€˜TÃ­r na mBeo’ from her home in Kells where she practices Systematic Kinesiology, uses tie cutting and extraction techniques, Soul retrieval work, energy and sound healing techniques. Gemma is also a singer, songwriter and storyteller, currently using the Crane Bag as a focus for teaching, magical practice, healing and sharing the wealth of the Irish magical, mythological and folklore tradition.

Email us with questions or topics to explore on the show at thatwitchlifepodcast@gmail.com.